Losing My Sister and the Long Road Back

Last year was the tenth anniversary of my sister’s death. She was diagnosed with stage IV lung cancer at age forty-three. The diagnosis was a shock.

Margie and I used to meet for brisk walks at the Brookline Reservoir. We would circle around the mile-long path made of dirt and loose gravel sharing our hopes and concerns through constant conversation.

One September morning Margie began falling a few paces behind. She was limping, her face twisted in pain.

“Is it that same ache in your hip?” I asked, wiping sweat off my face.

Our lives as wives and mothers had been full with the usual carpooling, play dates and school fundraisers. We both had our share of challenges but nothing compared to what lied ahead of us on that warm autumn day when we focused on that pain that caused Margie to limp, that pain that led to an MRI, a CT Scan, a diagnosis.

My sister, who didn’t smoke, exercised, and ate healthy foods, lived through oncology appointments, chemotherapy, radiation, targeted treatments, chi gong, meditation, wheatgrass, and healers. I accompanied her to every appointment for two and a half years. When the doctor would call her name in the waiting room, we stood in unison, co-joined, as if someone had taken a needle and thread and sewed our clothes together. I spent most days trying to calm her understandable anxiety.

Margie died in April, 2006. Grief consumed me. Her death made me think, why her and not me? I was the older sister, the one who was supposed to protect her. Her children would grow up without their mother.

A thousand people attended her funeral. Our family sat Shiva for seven days and nights. I wore a torn black ribbon on my clothes for a month. When I reached out for my sister, she was no longer there.

Around the first anniversary of Margie’s death, I slowly began to adapt to the hole in my life without her. I joined a new gym and signed up for writing classes.

It was about that time when Facebook was created. I would scroll through the News Feed even before it contained political articles and recipes for gluten free foods. I gathered hundreds of “friends.” It was a distraction.

Little did I know that Facebook would eventually have a positive impact on my sorrow. I learned grief was not something you complete; it was something you endure. I decided to use my Facebook page and created ways to celebrate my sister.

On the fifth anniversary of Margie’s death, I took her journey public and began to raise money for lung cancer research. I used Facebook to promote the “Time to Talk” luncheon, fashion show, handbag sale, and Soulcycle events I chaired. Each time I stood at the podium, blinking back my tears, I told my sister’s story. “Lung cancer is the leading cause of cancer death in the United States, killing more people each year than breast, colon, prostate and pancreatic cancers combined. It is increasingly striking young, nonsmokers. Only fifteen percent survive more than five years because it’s usually detected after the disease has spread to other parts of the body, as with my sister.”

On what would have been her fiftieth birthday, I posted a picture of Margie and paired it side by side with a photo of an eternal flame. Because of Facebook, her birthday began to transform into a day of comfort for me. Throughout the next twenty-four hours, like after like—comment after comment poured onto the page.

I continued to post pictures of Margie on her birthday and on the day she died. One year, I even posted a photo with big 1980’s hair, thinking to myself, I hope she doesn’t mind.

This year, the tenth anniversary of my sister’s death, it took me a while to find the perfect picture. As I rummaged through old leather bound photo albums, a string of memories overwhelmed me. I remembered how Margie would make mustard sandwiches as a teenager, smirking as she smeared the yellow mustard between two pieces of white bread. I’ll never forget that short haircut she got in college called The Savage. I remembered her as a fashionista in her thirties and how she painted her big blue eyes with strokes of smoky mascara. I remembered how much she cared about me. She was the one who noticed if I cut my hair a quarter of an inch.

Finally I found the perfect picture. We were at a cocktail party; cheek to cheek, wine glasses in hand.

When I posted that photo of us, I wrote, Ten Years with a red emoji heart. Within seconds, the notifications buzzed. Soon I had one hundred forty-three likes and fifty-two comments.

“I am glad that she lights up your heart with the gift of memories she gave you. No one can take them away. Ever.”

Facebook has played a role in my continued healing. Along with the fundraisers, it has given me the opportunity to honor my sister’s legacy.

Although I don’t meet Margie at the reservoir anymore, her memory is safely tucked away in my heart. As I continue to circle each lap, I remember our profound connection, the days when she walked in stride next to me, and feel grateful for the relationship we had. 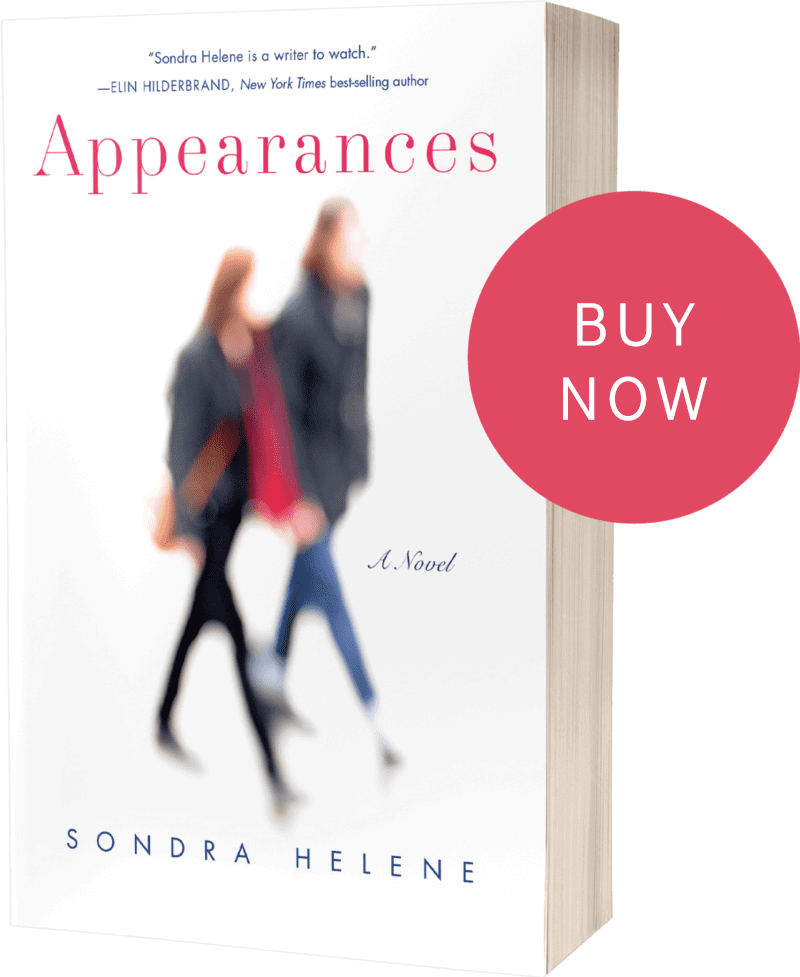